i.MX RT595 EVK earned Standard LVGL board certification which means the users can be sure that it’s easy to use that board with LVGL and they can expect decent performance and quality.

The i.MX RT595 EVK board can be purchased directly from NXP or it’s distributors. See here.

The MCU’s 200 MHz clock speed and it’s ARM Cortex-M33 architecture are enough for the 392x392 display to create state-of-the-art UIs with image transformations, animations, opacity, and a lot of assets. i.MX RT595 has VGLITE GPU that supports not only blending but rasterization of vector graphics too. (Although these features of the GPU are not sued in the benchmark demo.)

The MCU is equipped with an LCD controller to drive the display directly. Multiple frame buffers can be added directly to the internal RAM of the MCU. From the frame buffer(s) the MCU automatically sends the current frame to the display via MIPI-DSI interface.

The board reached 45 FPS on the LVGL’s certification benchmark. In the video you can see, that even the most complex transformations or scrolling the whole screen with all the animations were smooth. The benchmark used the display driver from the MCUXpresso’s SDK as it is except that the draw buffer of LVGL was placed to the internal RAM from external SRAM.

The i.MX RT595 chip has plenty of internal memory (5 MB RAM) and external memory (8 MB RAM and > 64 MB flashes) as well. Let’s see what graphics configuration can work with these memories.

The 1 MB internal RAM can be used to store even 2 whole frame buffers: 392 x 392 x 16bit x 2 frame buffers = 713 kB. It’s amazing because framebuffers are usually stored in external SRAM which is much slower then the internal RAM. This way no need for other draw buffers for LVGL and LVGL can render directly to the inactive framebuffer.

Basically not need because frame buffers for screen sizes reasonable for this MCU should fit into intrenal RAM.

The board comes with a round 1.2” display that has exceptionally high DPI (326 px/inch) The display is built with IPS technology so its viewing angle and color correctness are above average. The brightness seemed a little bit low. 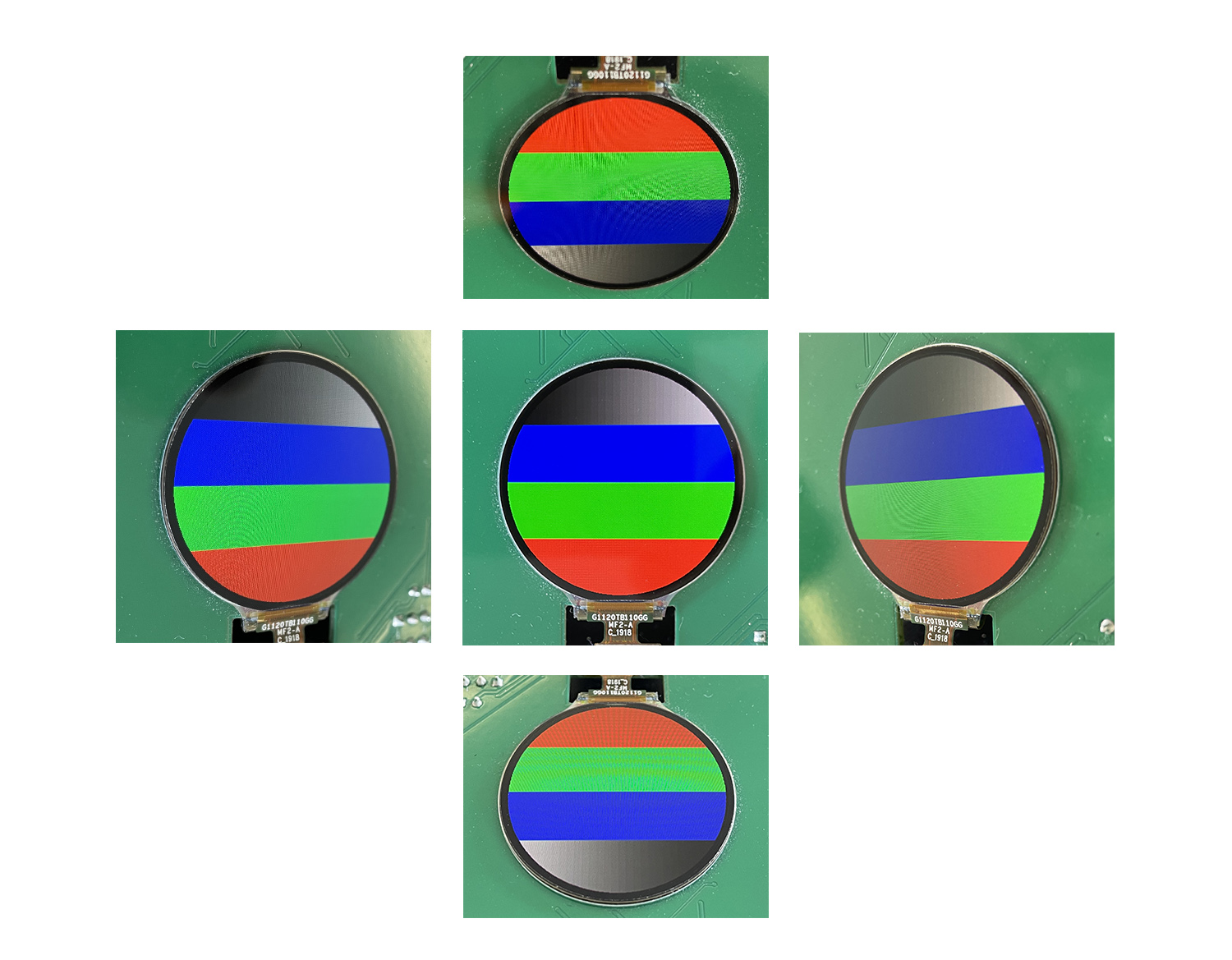 i.MX RT595-EVK is built with a capactive touchpad. Therefore it recognizes touches with a good precision and provides a smartphone like experience. The drawback is that the rouchpad can not be used in gloves or with a pen.

i.MX RT595-EVK is a development board for evaluation and not designed to be added to an end-product. Although there are holes to mount the board but the display is not glued to the board.

The schematic of the board is publicly available and it can be a good starting point to develop your custom board based on i.MX RT595 EVK.

You can start to work with i.MX RT595 EVK in many IDEs including MCUXpresso, Keil or IAR.

MBedOS and Zephyr are not supporting this board at the moment of writing.

i.MX RT595 EVK is built with the powerful i.MX RT595 MCU. The 200 MHz clock speed, the VGLITE GPU, and the plenty of internal RAM makes it a perfect choice to create eye-catching user interfaces.

The vector graphics features of VGLITE are not supported in LVGL yet however from the examples and the help of the Reference guide you can draw vector graphics on an lv_canvas.

Due to the many examples of MCUXpresso, the amazing capabilities of the MCU, and the publicly available schematic makes i.MX RT595 EVK is an amazing product to get started with UI development.