WT-86-32-3ZW1 intelligent panel is a product based on ESP32-S2-WROVER module that drivers a 320×320 3.92” touch screen. The ESP module can also handle the wireless connection. It can be integrated into many intelligent products as a small and convenient intelligent panel.You can develop with ESP-IDF or the Wireless-Tag’s custom UI editor called 8ms.

WT-86-32-3ZW1 earned Standard LVGL board certification which means the users can be sure that it’s easy to use that board with LVGL and they can expect decent performance and quality.

The WT-86-32-3ZW1 board reached 17 FPS on the LVGL’s certification benchmark. In the video, you can see that smaller changes were drawn quickly, and scrolling the list was smooth. However, the most complex part of the benchmark - the album cover with the zoom animation and the moving bars - caused some drop in FPS.

The WT-86-32-3ZW1 board has an ILI9488 display controller that is connect the the ESP chip via 8 bit I2S interface. The framebuffer is located in ILI9488 so you need only smaller draw buffers for LVGL. These buffers can esasily fit into the internal RAM.

As the ESP32 chips in usual, ESP32-S2-WROVER doesn’t have internal flash, however, it has a large external flash (16 MB). The external flash is connected via an 80 MHz 4 line SPI interface to the chip. Compared to an internal flash this interface is quite slow. For code execution, this slowness is very well compensated with caches inside the chip, however, the cache doesn’t help much if large (e.g. screen-sized) images need to be read.

PSRAM might have similar issues because it shares the same SPI bus with the flash.

To reach a good performance the assets (images and fonts) should be kept in internal RAM which is lightning fast. For comparison, the internal RAM has (240 MHz x 32 bit = 960 MB/s throughput while the PSRAM and flash have 80 MHz x 4 bit = 40 MB/s theoretical throughput which is even smaller in real life due to some overhead in the communication and because both the memories use the same bus.

Regardless of the bandwidth issues, the huge PSRAM can be used for various purposes. For example, it can store a large canvas for custom drawings (e.g. a special chart) which is later used in LVGL or any other data independently of LVGL.

This board comes with an IPS display that has great viewing angle but only average pixel density. 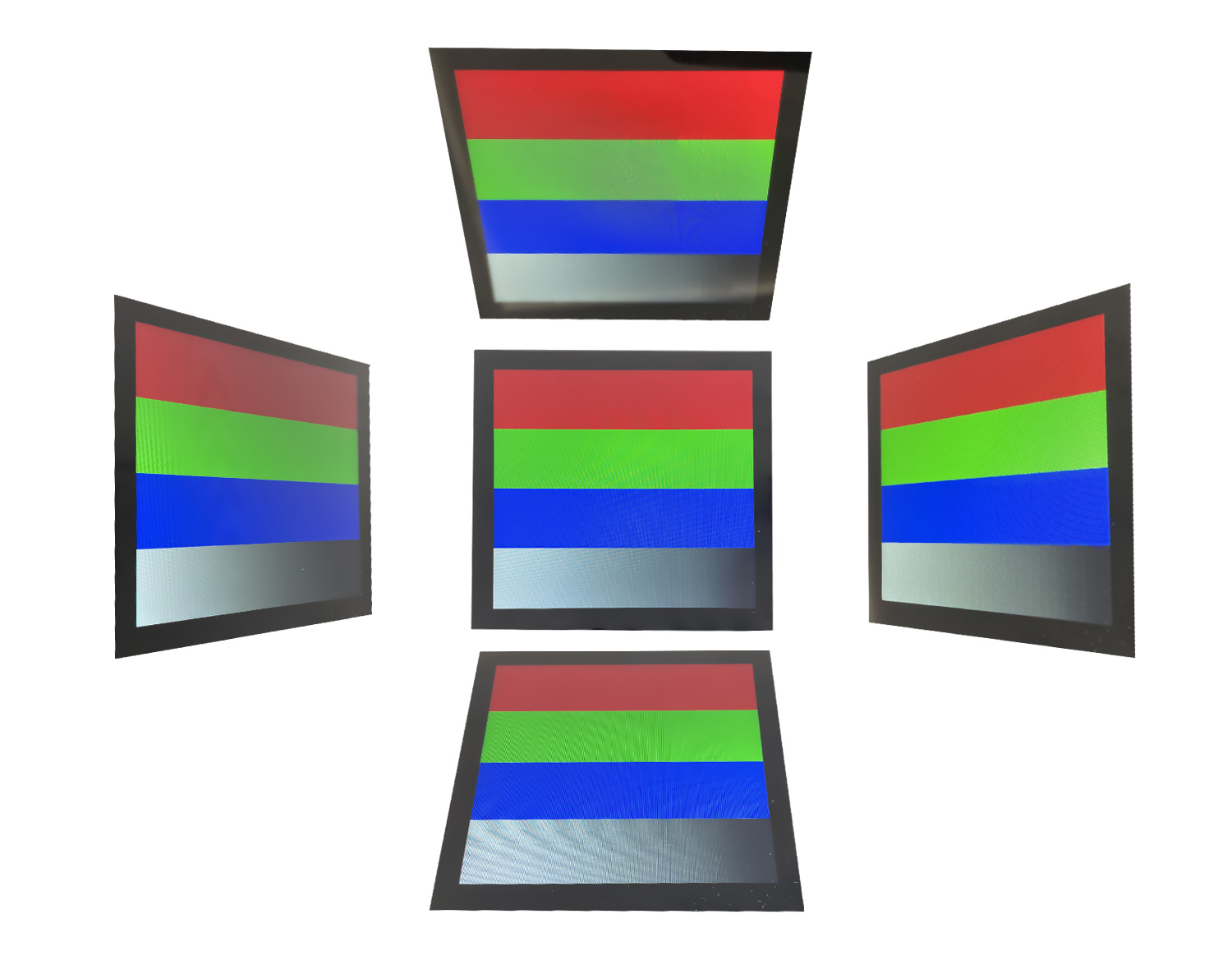 The display is equipped with a capactive touchpad. Therefore it recognizes touches with a good precision and provides a smartphone like experience. The drawback is that the rouchpad can not be used in gloves or with a pen.

WT-86-32-3ZW1 is designed to be placed into an end product. The display is precisely placed into a plastic case that has screws at the back to connect wires.

The products of Wireless-Tag you can develop 2 different ways:

A getting started project can be found on GitHub.

The development with this board is like a standard ESP development. You can set up the development environment as described in the documentation from Espressif, use menuconfig to configure the the project and build with idf.py.

Wireless-Tag’s online editor is available at 8ms.xyz. It’s drag and drop editor allowing you to create UIs without writing a single line of code. Besides easily putting together a UI you can use Blockly to implement the business logic.

After signing up and logging in click the red “Workbench” button on to right corner. ![/assets/cert_WT-86-32-3ZW1/8ms_workbench.png]

Click confirm and you are ready play with the UI.

In the “Layout” menu you can select “Blockly” to add some logic too.

From the “Compile” menu you can download the binary, the source code or start an online preview.

The WT-86-32-3ZW1 is compact product which is a great choice for IoT device where WiFi and UI with moderate complexity is required. Due to 8ms editor you don’t need to be a professional developer to get started with this product.