The i.MX RT1050 EVK is a 4-layer through-hole USB-powered PCB. At it’s heart lies the i.MX RT1050 crossover MCU, featuring NXP’s advanced implementation of the Arm® Cortex®-M7 core. This core operates at speeds up to 600 MHz to provide high CPU performance and great real-time response. Support for FreeRTOS™ available within the MCUXpresso SDK. The i.MX RT1050 EVK board is now supported by Arm® Mbed™ OS and Zephyr™ OS, both open-source embedded operating systems for developing the Internet of Things.

i.MX RT1050 EVK earned Standard LVGL board certification which means the users can be sure that it’s easy to use that board with LVGL and they can expect decent performance and quality.

The i.MX RT1050 EVK board can be purchased directly from NXP or it’s distributors. See here.

The MCU’s 600 MHz clock speed and it’s ARM Cortex-M7 architecture are abundantly enough for the 480x272 display to create state-of-the-art UIs with image transformations, animations, opacity, and a lot of assets. i.MX RT1050 has PXP GPU that has built-in LVGL support. It can be simply enabled in lv_conf.h.

The MCU is equipped with an LCD controller to drive the display directly. Multiple frame buffers can be added to the board’s external RAM and you can even add one to the MCU’s internal RAM. From the frame buffer(s) the MCU automatically sends the current frame to the display.

The board reached 33 FPS (the set limit) on the LVGL’s certification benchmark. In the video you can see, that even the most complex transformations or scrolling the whole screen with all the animations were perfectly smooth. The benchmark used the display driver from the MCUXpresso’s SDK as it is. The driver uses 2 frame buffers located in the external RAM. It’s not the fastest solution because accessing the external RAM takes more time, than accessing the internal RAM. Using a smaller draw buffer in internal RAM (where LVGL renders) and copying it to an external RAM framebuffer once is much faster. In the video below a driver like this is used:<iframe width="560" height="315" src="https://www.youtube.com/embed/FYhmi6MamRs" frameborder="0" allow="accelerometer; autoplay; clipboard-write; encrypted-media; gyroscope; picture-in-picture" allowfullscreen></iframe>

The i.MX RT1050 chip has plenty of internal RAM (512 kB) and external SDRAM (32 MB), has no internal flash but has 2 types of external flashes. Let’s see what graphics configuration can work with these memories.

The large external RAM makes possible to store 2 frame buffers and handle VSYNC (swap the frame buffers at the moment when the display is not being refreshed). No tearing will be visible with this solution. The draw buffers of LVGL still should be stored in internal RAM because: 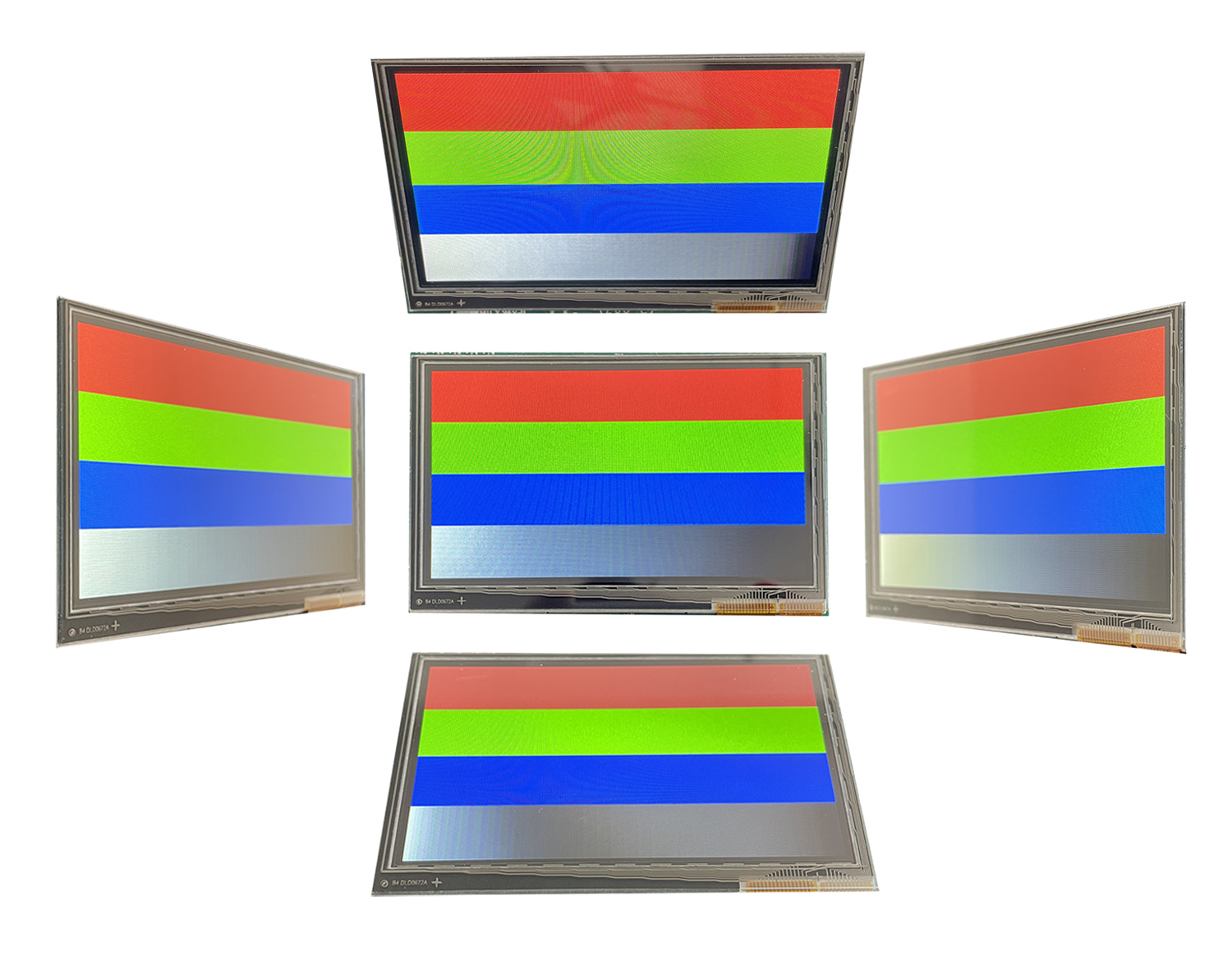 i.MX RT1050-EVK is built with a resistive touchpad. Therefore it recognizes touch with a pen or in gloves. On the other hand customers might get used to the capacitive touchpads that are found in smartphones.

i.MX RT1050-EVK is a development board for evaluation and not designed to be added to an end-product. Although there are holes to mount the board but the display is not glued to the board.

The schematic of the board is publicly available and it can be a good starting point to develop your custom board based on i.MX RT1050 EVK.

You can start to work with i.MX RT1050 EVK in many IDEs including MCUXpresso, Keil or IAR.

Of course, NXP’s MCUXpress supports this board with plenty of ready-to-use examples and applications (including UI application with LVGL).

i.MX RT1050 EVK is built with the extremely powerful i.MX RT1050 MCU. The 600 MHz clock speed, the PXP GPU, and the plenty of internal memory makes it a perfect choice to create eye-catching user interfaces without any compromises.

Due to the many examples of MCUXpresso, the wide variety of development environments, and the publicly available schematic i.MX RT1050 EVK is an amazing product to get started with UI development.